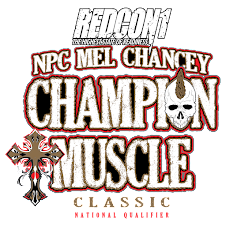 Select a contest to view the unique sponsorship opportunities

CONTEST RESULTS DOWNLOAD NPC SCORECARDS AND SEE WHERE YOU PLACED

The bodybuilding stage would become a prevalent place for Gardner beginning in 1988. This platform catapulted him to be discovered by a talent agency in 1995 at an Orlando bodybuilding show. Gardner was casted at his first audition and the rest was history. Model, then quickly castings as an actor and voice personality for over a ten year span.

In 1998, after a decade of accolades, titles and notoriety climbing up the NPC National bodybuilding levels, Tim retired from competitive NPC bodybuilding and completely transitioned into judging as a NPC Florida State Judge. 2000, the millennium year was quite busy for Gardner. He retired from over 21 years in the architectural metals & glass industry while transitioning all of his endeavors into the health & fitness arena. Already a gym owner for 4 years at the helm of Body*Tech Fitness Emporium, Gardner created his first show, the NPC Hurricane Bay & Typhoon Bay Championships. He also became co-owner of Florida Muscle News, which later was renamed Southern Muscle Plus. Gardner also started the Beverly International Florida Distributorship, assigned by esteemed owners Sandy & Roger Riedinger. 2002 took Tim onto the NPC National Judges table where six years later, he would be promoted to the IFBB Professional League ranks.

2008 would also be the birth year for the IFBB Professional League Tampa Pro and the early beginnings of Tim Gardner Productions.

The end of the 2014 season brought holiday gifts to Gardner with an assignment to become the very first NPC District Chairman of the U.S. Territory in the Caribbean, Puerto Rico.

The 2021 IFBB Professional League, NPC & NPC Worldwide season has much in store for Tim, Eileen and their world renowned ELITE Team of Tim Gardner Productions with 8 IFBB Professional League Pro-Ams and 2 NPC events on the contest calendar. Additionally, there is still an unveiling that needs to be done in spectacular fashion for the next Covid-free Olympia and its World Fitness Festival EXPO.